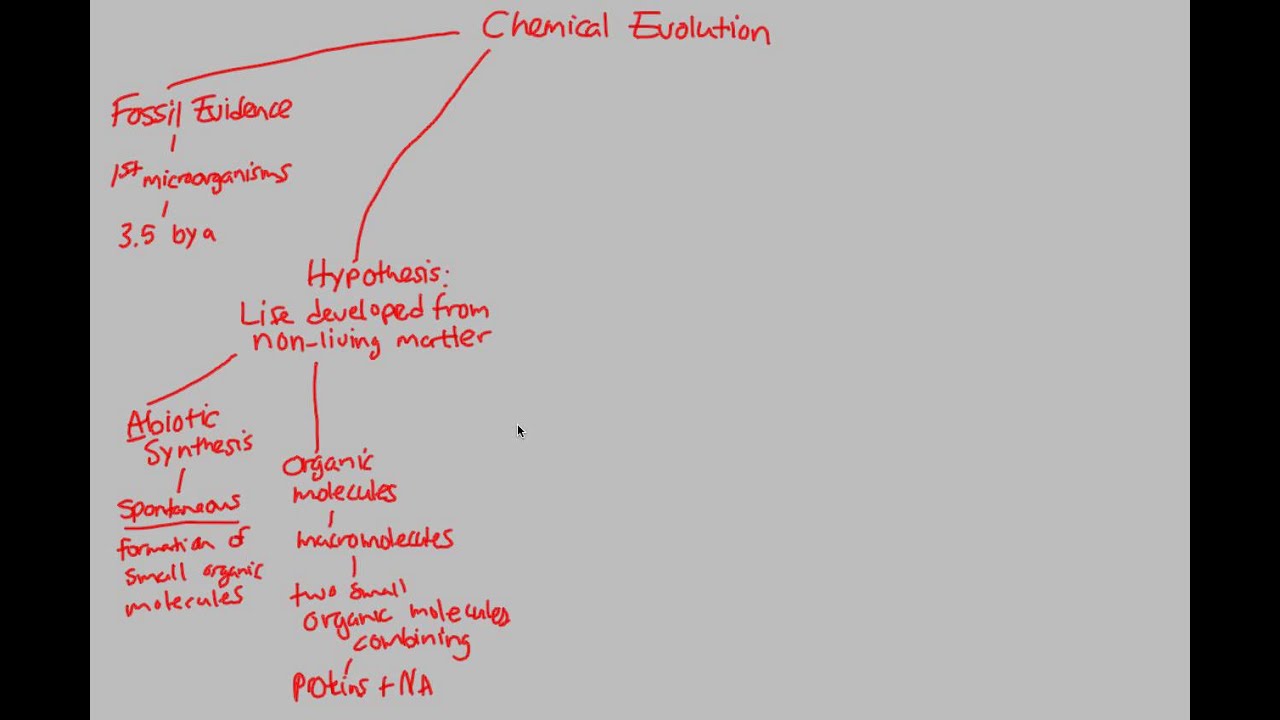 Dickerson: Chemical Evolution and the Origin of Life - anacuvebeh.tk

Heat produced by compaction kept the Earth liquid as it formed. Water vapor, carbon monoxide , carbon dioxide , nitrogen, and methane replaced the hydrogen atmosphere. Also present were lightning, volcanic activity, and ultraviolet radiation. It was in this setting that life began. According to prevalent theory, chemical evolution occurred in four stages.

In the first stage of chemical evolution, molecules in the primitive environment formed simple organic substances, such as amino acids. He considered hydrogen, ammonia, water vapor, and methane to be components in the early atmosphere. Oxygen was lacking in this chemically-reducing environment. Oparin stated that ultraviolet radiation from the Sun provided the energy for the transformation of these substances into organic molecules. Scientists today state that such spontaneous synthesis occurred only in the primitive environment.

Abiogenesis became impossible when photosynthetic cells added oxygen to the atmosphere. The oxygen in the atmosphere gave rise to the ozone layer , which then shielded Earth from ultraviolet radiation. Newer versions of this hypothesis contend that the primitive atmosphere also contained carbon monoxide , carbon dioxide , nitrogen, hydrogen sulfide , and hydrogen.

Present-day volcanoes emit these substances. In , Stanley Miller — and Harold Urey — provided laboratory evidence that first-stage chemical evolution as described by Oparin could well have occurred. Miller and Urey created an apparatus that simulated the primitive environment.

They used a warmed flask of water for the ocean and an atmosphere of water, hydrogen, ammonia, and methane. Sparks discharged into the artificial atmosphere represented lightning. A condenser cooled the atmosphere, causing rain that returned water and dissolved compounds back to the simulated sea. When Miller and Urey analyzed the components of the solution after a week, they found various organic compounds had formed. These included some of the amino acids that compose the proteins of living things. Their results gave credence to the idea that simple substances in the warm primordial seas gave rise to the chemical building blocks of organisms.

In the second stage of chemical evolution, the simple organic molecules such as amino acids that formed and accumulated joined together into larger structures such as proteins. The units linked to each other by the process of dehydration synthesis to form polymers. A problem with this part of the hypothesis was that the abiotic synthesis of polymers had to occur without the assistance of enzymes.

In addition, these reactions give off water and would, and would therefore not occur spontaneously in a watery environment. Sydney Fox of the University of Miami suggested that waves or rain in the primitive environment splashed organic monomers on fresh lava or hot rocks, which would have allowed polymers to form abiotically.

When he tried to do this in his laboratory, Fox produced proteinoids — abiotically synthesized polypeptides. In the third step in chemical evolution, it is suggested, polymers interacted with each other and organized into aggregates known as protobionts. Protobionts are not capable of reproducing, but had other properties of living things.

Scientists have successfully produced protobionts from organic. Abiogenesis — Origin of living organisms from non-living material. Autotroph — This refers to organisms that can synthesize their biochemical constituents using inorganic precursors and an external source of energy. Heterotroph — Organism that requires food from the environment since it is unable to synthesize nutrients from inorganic raw materials. Prokaryote — Type of cell that lacks a membrane-enclosed nucleus.

A chemical clue to how life started on Earth

In one study, proteinoids mixed with cool water assembled into droplets or microspheres that developed membranes on their surfaces. And the team is currently testing the idea with real molecules in the lab; they hope to publish the results soon. In the traditional model, new molecular machinery was created using biological catalysts, known as enzymes, as is the case in modern cells.

Hud and his collaborators have taken this idea one step further, suggesting that the ribosome, the only piece of biological machinery that is found in all living things today, emerged through chemistry alone. When most people think about evolution, they think about Darwinian evolution, in which organisms compete with one another for limited resources and pass on genetic information to their offspring. Each generation undergoes genetic tweaks, and the most successful progeny survive to pass along their own genes.


That mode of evolution dominates life today. Carl Woese, a renowned biologist who gave us the modern tree of life, believed that the Darwinian era was preceded by an early phase of life governed by very different evolutionary forces. Woese thought it would have been nearly impossible for an individual cell to spontaneously come up with everything it needed for life.

So he envisioned a rich diversity of molecules engaged in a communal existence. Rather than competing with each other, primitive cells shared the molecular innovations they invented. Together, the pre-Darwinian pool created the components needed for complex life, priming the early Earth for the emergence of the magnificent menagerie we see today. One proto-life form might have developed a way to make the building blocks it needed to make more of itself, while another might have found a way to harvest energy.

The model differs from the traditional RNA-world hypothesis in its reliance on chemical rather than biological evolution. The story begins with a chemical soup of RNA-like molecules. Most of these would have been short, as short strands are more likely to form spontaneously, but a few longer, more complex molecules might have come together as well.

Heat separated the bound pairs of RNA, and the viscous solution kept the separated molecules apart for a while. In the interim, small segments of RNA, just a few letters in length, stuck to each long strand. The small segments eventually got sewn together, forming a new strand of RNA that matched the original long strand. The cycle then began again. Over time, a pool of varied RNA-like molecules would have accumulated, some of them capable of simple functions, such as metabolism.

Yet some scientists are skeptical that chemically mediated replication could work well enough to produce the pre-Darwinian world Hud describes.

In Theory Video: David Kaplan explores the leading theories for the origin of life on our planet. The pool of proto-life would also have needed some kind of selection to make sure that useful molecules succeeded and multiplied. For example, an RNA molecule that made more of its own building blocks would benefit itself and its neighbors by providing additional raw materials for replication.

One possible glimpse of the pre-Darwinian world can be seen in the ribosome, an ancient piece of molecular machinery that lies at the heart of our genetic code. It is an enzyme that translates RNA, which encodes genetic information, into proteins, which carry out the many chemical reactions in our cells. The core of the ribosome is made of RNA. This feature makes the ribosome unique — the vast majority of enzymes in our cells are made from proteins.

Both the ribosomal core and the genetic code are shared among all living things, suggesting that they were present very early in the evolution of life, perhaps before it crossed the Darwinian threshold. Hud and his collaborator Loren Williams , also at Georgia Tech, point to the ribosome as support for their chemically dominated world. In a paper published last year , they made the controversial proposal that the core of the ribosome was created via chemical evolution.

They also suggested that it arose before the first self-replicating RNA molecule. 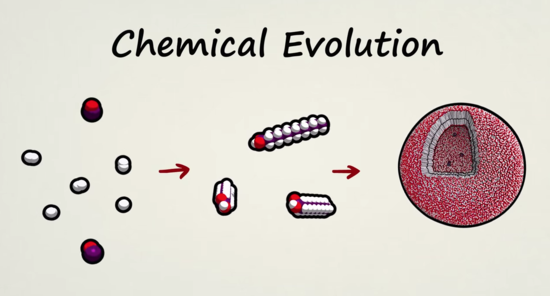 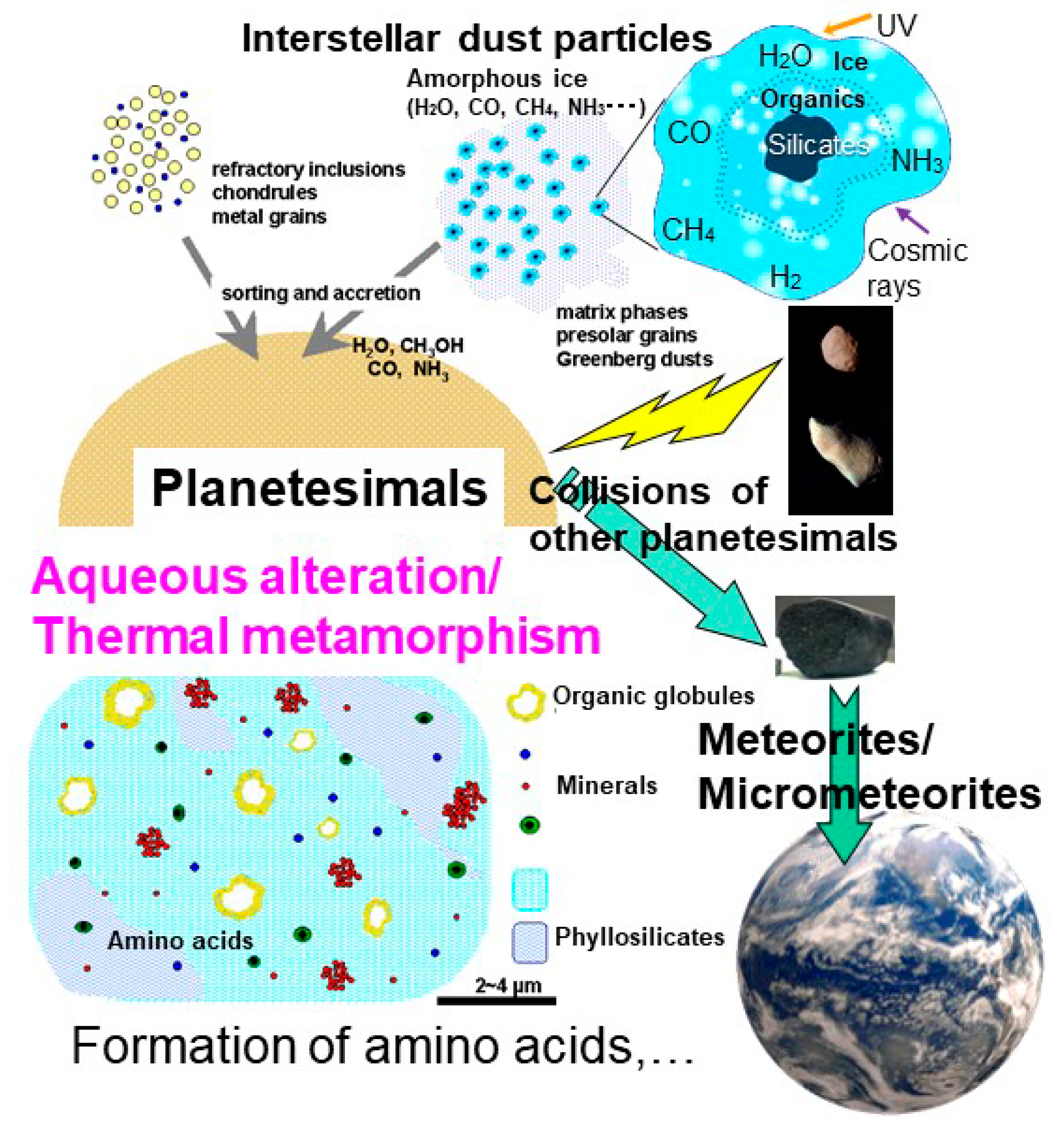 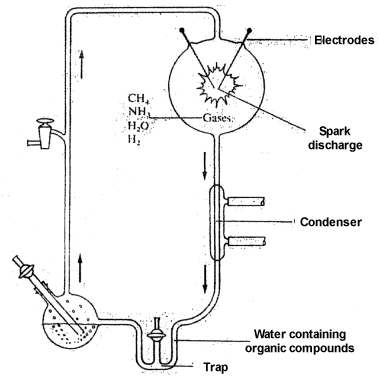 Related Chemical Evolution and the Origin of Life